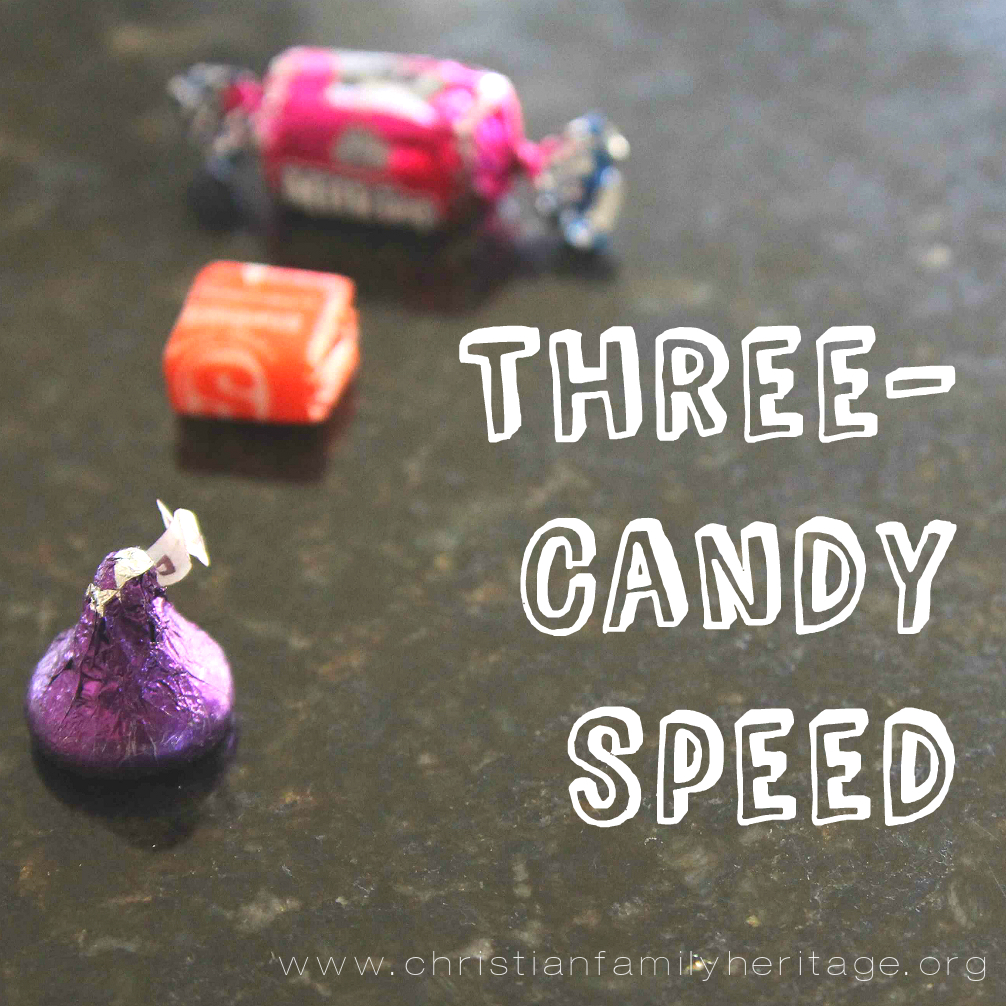 If you experience frustration by having to prompt and remind your child to hurry when you’re in a rush to get out the door to school, an appointment or meeting, Three Candy Speed is a way to show a child what ‘fast’ looks like. If your child’s favorite candy awaited him at the end of his task, you’d see lightening-fast movement. Three Candy Speed is a teaching tool for parents to train their child to accelerate his pace toward completion of a task (i.e. cleaning up toys, getting out the door, etc.).

Teach your child Three Candy Speed at a time you are not in a rush. Put three small pieces of candy on the counter and call your child over. Tell him that you are going to set the timer and when you say ‘Go’, he should begin cleaning up his toys. Inform him that when the toys are properly picked up and neatly put away before the timer sounds, the three pieces of candy are his reward. You can be sure your child will move faster than his usual pace.