Noah Webster’s 1828 dictionary defines rivalry as “competition; a strife or effort to obtain an object which another is pursuing”.  With that definition in mind, sibling rivalry is therefore siblings competing against one another. Competition can be good for our children, but usually only when it is in games and sports. Competition is helpful when it encourages our children to become better people and try harder to accomplish goals. But competition among siblings who are striving for parental affection, or disagreeing constantly or fighting over a specific subject, will quickly tear families apart.

As parents, we need to step up and hold our own feet to the fire when it comes to our part in encouraging or discouraging sibling rivalry.  Over the years that I’ve been leading parenting classes and mentoring parents, I have come to the realization that although parents cannot eliminate all conflict in a home (because we all have a sin nature), we do have the ability to significantly reduce and possibly eliminate sibling rivalry. We need to examine our own hearts as well because parental bias can foster sibling rivalry and even make it worse. 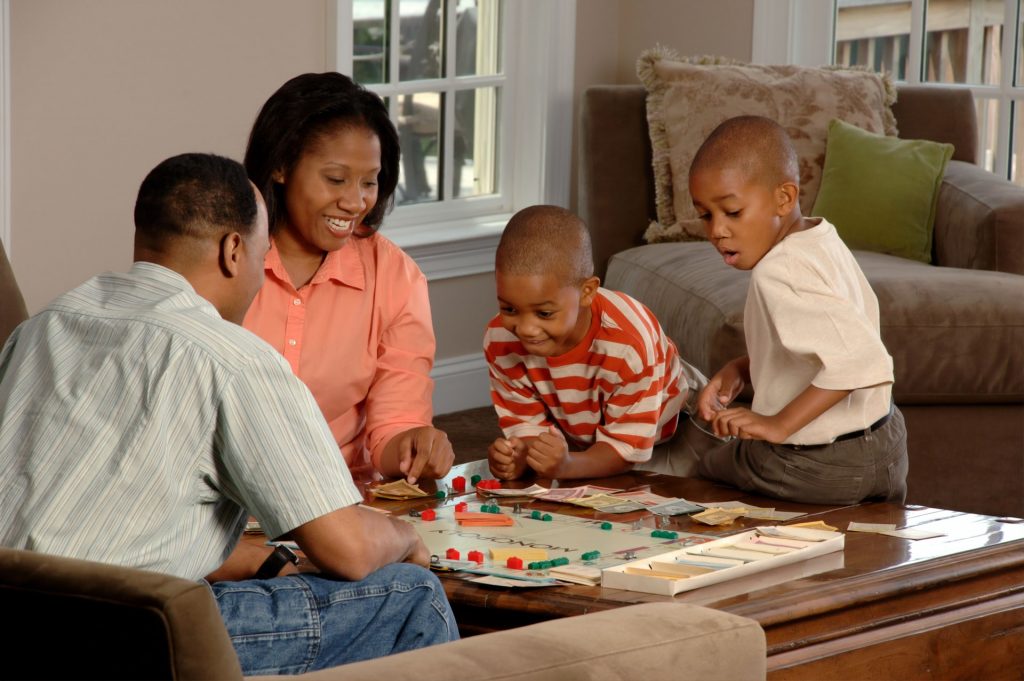 Years ago I knew a mom who had four children.  There was a lot of conflict in her home, and her actions were directly contributing to this conflict.  She would declare in front of others, while her four children were present, that her youngest son was her favorite. She made it very clear to her other three kids that the youngest son could do no wrong in her eyes. There was great animosity between the children as they competed to try to win their mother’s affection. They would physically fight, do mean things to each other, and try to have secrets with the mom about the other siblings. Sadly, this never resolved itself and it continued even into adulthood.

I knew as a parent I didn’t want my children hating each other. I began praying and asking the Lord how I could keep sibling rivalry from becoming a stronghold in our family. He began to show me that in nearly every conflict between two people there are two wrongs. So when my children would fight, I would look for the two wrongs. There is always going to be the loud child – we will call him/her “macro-rebellious”. Then there is the quiet child – we will call him/her “micro-rebellious”. As parents when our children have a conflict, we are often quick to correct the “macro-rebellious” child because that is the one who is seen and heard in the conflict. We tend to let the “micro-rebellious” child slide, even though he might have said something under his breath, been very passive aggressive, or even stuck out his tongue at the other child.  Any of those actions by the micro-rebellious child could have caused the macro-rebellious child to explode. This is why they are both wrong and both need to be corrected. The heart attitude of both was rebellion, whether loud or quiet.

As I began correcting both of my children when they had a conflict, I was amazed how quickly sibling rivalry dissolved and general conflict was reduced. When both children get corrected there is no reason for either child to think, “Mom/Dad likes you more than they like me.” Because sin is being exposed in both hearts and does not have time to fester, it doesn’t become an open wound of rivalry or cause bigger fights as they get older. Parents who do things for one child and not another, or who say something to one child and tell them “don’t tell your sibling”, are opening the door wide to the very ugly competition of sibling rivalry.

As my children got older, I made them responsible for finding their own wrong in the conflict. If they couldn’t, then they needed time to sit and think until they owned their part in the matter. I never realized the outcome of this practice would be teenagers and young adults who were quick to repent of wrong heart attitudes when faced with a conflict. When we as parents are willing to examine our own heart attitudes when it comes to solving conflicts and even use these methods with ourselves, teaching it to our children will come so much easier.

Using the “two wrongs” method is meant for the daily “She took my toy”, “He looked at me funny”, and “She called me a name” arguments. If you point out the heart attitude and heart needs in these situations with both siblings, you can basically eliminate sibling rivalry. You won’t eliminate conflict, but you can eliminate the feelings of favoritism by you as parents. Your children will not only feel equally corrected, but they will feel equally loved.