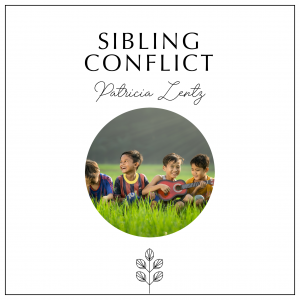 Genesis reads like a how-to manual on what NOT to do to your brother or sister. Perhaps God, in His infinite wisdom, front-loaded the Bible with accounts of poor sibling relationships so we could learn how to avoid those same mistakes in our own families.

When life outside the Garden was new, one of the greatest incidences of sibling rivalry occurred. One brother killed the other. As children, they shared the same home, the same food, the same toys, and perhaps even the same bed. A lifetime of shared experiences that should have forged strong sibling bonds was quickly eroded by…what? Disobedience, jealousy, and pride. Romans 1:21 tells us that since the beginning, although men knew God, “…they neither glorified Him as God nor gave thanks to Him, but their thinking became futile and their foolish hearts were darkened.”

If the account of Cain and Abel doesn’t cause you to sit up and take notice, then keep reading in Genesis. A few generations later, Abram grew impatient with God. His wife’s handmaid bore Ishmael, who was the half-brother of Isaac. Envy and jealousy came between these two siblings because of the squabble between their respective mothers. Ishmael and his mother were exiled from their community.

Does it surprise you to later find Isaac smack-dab in the middle of a conflict between his two sons, Esau and Jacob? In this case, the parents allowed their children’s talents and successes to take center stage in the family and each parent chose a favorite son. This led to a subtle form of idolatry in which they lived out Romans 1:25, “They exchanged the truth of God for a lie, and worshiped and served created things rather than the Creator…”

In case you think poor sibling relationships only happen with boys, look at these sisters: Rachael the beautiful and Leah the plain, both married to Jacob.  Their desire to be the favorite wife and to provide children for Jacob led to years of grief and struggle, envy and pain.

Siblings, like all of us, need a Redeemer, a Savior who brings redemption and the promise of freedom from our sinful natures. On our own, we all default to envy, strife, pride, and the other sins listed in Romans 1:28-32. Redemption of your child’s heart and conscientious training on your part will eventually move you away from conflict and towards greater peace.

My sister and I fought frequently until my dad built a wall dividing our room in half. Did physical separation help mend relationships? No, our hearts were not seeking a Redeemer to empower us to work it out. One year when I was a young believer, I decided to serve my sister no matter what her response was – to love her in the little things whether she noticed or not. It took years, and she may not even be aware of what changed in our relationship, but love came in and eventually we became friends.

Being creative with the miniature sinners in your life can help provide you, the parent, an opportunity to shed wisdom and grace on an ugly situation. When the task of picking up rubble from a recent construction job was not going well between my sons, I grabbed my kitchen timer and joined them. For 5 minutes, two of us held the large plastic bag while one person shoveled debris into the bag and shared something with us: a story, a verse, or whatever he wanted. As we listened to each other’s hearts, peace arrived.

One year we purchased a huge 3-room tent. Before heading out into the wilderness, we had tent building drills. Each of us had a specific role and understood that the execution of the next task was dependent upon the previous task. Patience was required as each person waited his turn to fulfill his important role. Working together toward a goal that none of us could accomplish on our own was team building. These drills provided opportunities for great conversations about the importance of encouragement, diligence, and each team member’s contributions.

From Cain and Abel to Joseph’s brothers and on to centuries later in your home and mine, sibling conflict is an area that calls for a heart of humility, one willing to be touched by our Redeemer’s love. It requires wisdom to be able to speak truth and to shine light and grace into situations as they arise.

Patricia Lentz has been married to Tim for 39 years. They have 5 children and 6 grandchildren. Patricia and her husband have been using and teaching GFI material for over 25 years. She spends her days counseling young moms, writing, and traveling to spend time with her grandchildren.